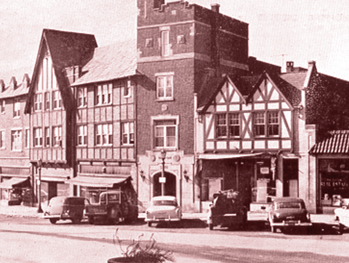 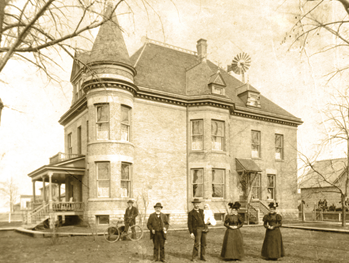 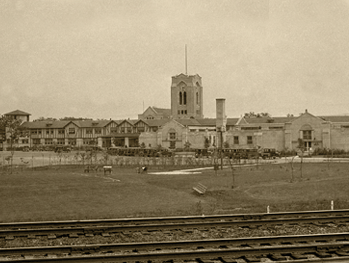 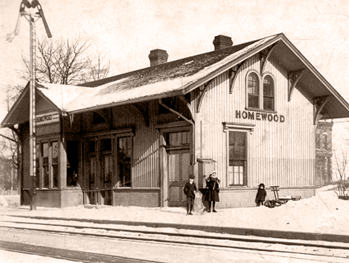 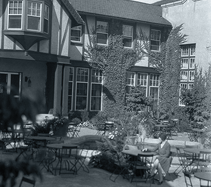 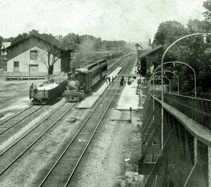 The Olympia Fields area that comprises the village today was once farmland managed by immigrant families during the 1830s. The Illinois Central Railroad began serving the area in the 1850s, which fostered population and economic growth during that era.

​In 1893, the Columbian Exposition opened in Chicago, and southern Cook County became an increasingly popular retreat for busy Chicagoans. By 1913, the area's lush woodlands and rolling terrain convinced a group of investors led by Charles Beach to establish a golf course. Beach and his friend James Gardner developed a magnificent 72-hole golf course and country club, chartered in 1915 as Olympia Fields Country Club. Amos Alonzo Stagg, the famed football coach of the University of Chicago, became the Club's first president. The name "Olympia" was proposed by Stagg. The word "Fields" was added because it aptly described the young community's pastoral terrain.

In the early 20th century, golf and the resort atmosphere in the area south of Chicago became so popular that some families lived in canvas-covered "cottages" during the summer months, while others built more permanent homes on the western side of the railroad tracks beginning as early as 1919. The clubhouse, built in 1924, is on the National Register of Historic Places. The golf course is considered one of the finest in the nation. It was home to the 1928 and 2003 U.S. Open, the 1925 and 1961 PGA Championship, the 1997 Senior U.S. Open and the Western Open, the 2015 U.S. Amateur Championship, and the 2017 Women's PGA Championship, and will host the BMW Championship (PGA Tour) in August 2020.

The famed Olympia Fields Country Club Clubhouse was developed using what Nimmons referred to as Tudor-Style Architecture. "Tudor" became a designation for half-timbered buildings. A better diagnostic is the "perpendicular" arrangement of rectangular vertically-oriented leaded windows framed by structural transoms and mullions (like those you see on the facade of the OFCC Clubhouse facing the South Course) and often featuring a "hooded" surround usually in stone or timber such as oak.

The low multi-centered Tudor arch was another defining feature. This you see prominent on the Normandy Room structure and Clock Tower of the OFCC Clubhouse. The Tudor arch uses space efficiently and decoratively when used for doorways. It is also employed as a wall decoration in which arcade and window openings form part of the whole decorative surface. The Tudor arch was a common architectural element during the reigns of the Tudor dynasty (1485–1603). Many of these elements are apparent in the OFCC Clubhouse’s architecture.

Tudor Revival, which would more appropriately define the OFCC Clubhouse, cannot really be likened to the timber-framed structures of the originals, in which the frame supported the whole weight of the house. Their modern counterparts, such as OFCC’s Clubhouse, consisted of bricks or blocks of various materials, stucco, or even simple stud-wall framing, with a lookalike "frame" of thin boards added on the outside to mimic the earlier functional and structural weight-bearing heavy timbers.